An unidentified young man has gone online to share a conversation he had with his girlfriend where she was demanding they open a joint bank account as the 120k monthly allowance she was receiving from her him was not enough.

According to the chat, Chioma, the girlfriend lost her 70,000 Naira monthly job and her boyfriend has been giving her 120k every 3 weeks.

But the 120k allowance was not enough hence, she suggested a joint bank account which will be funded by her boyfriend. 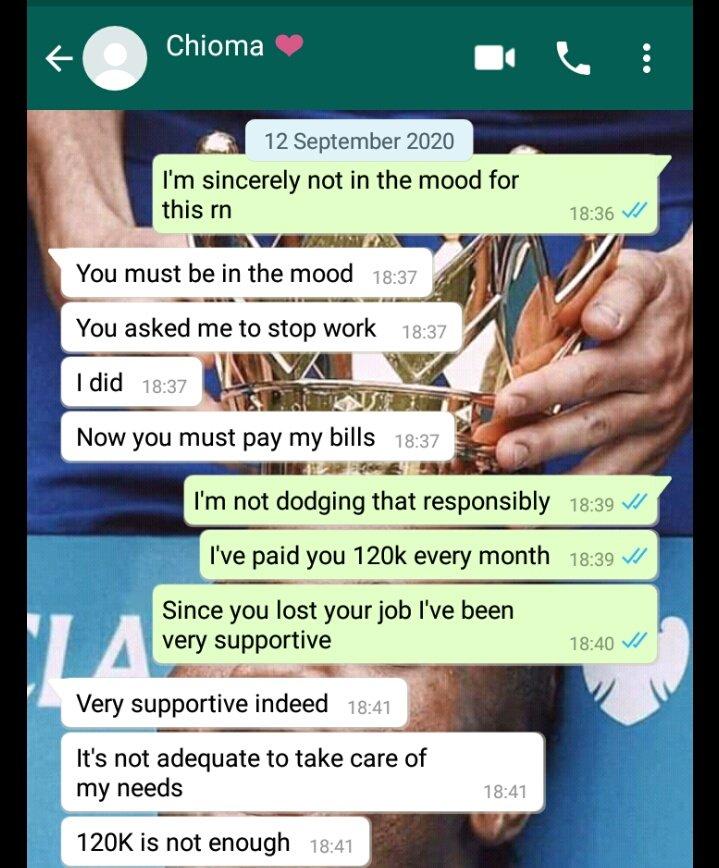 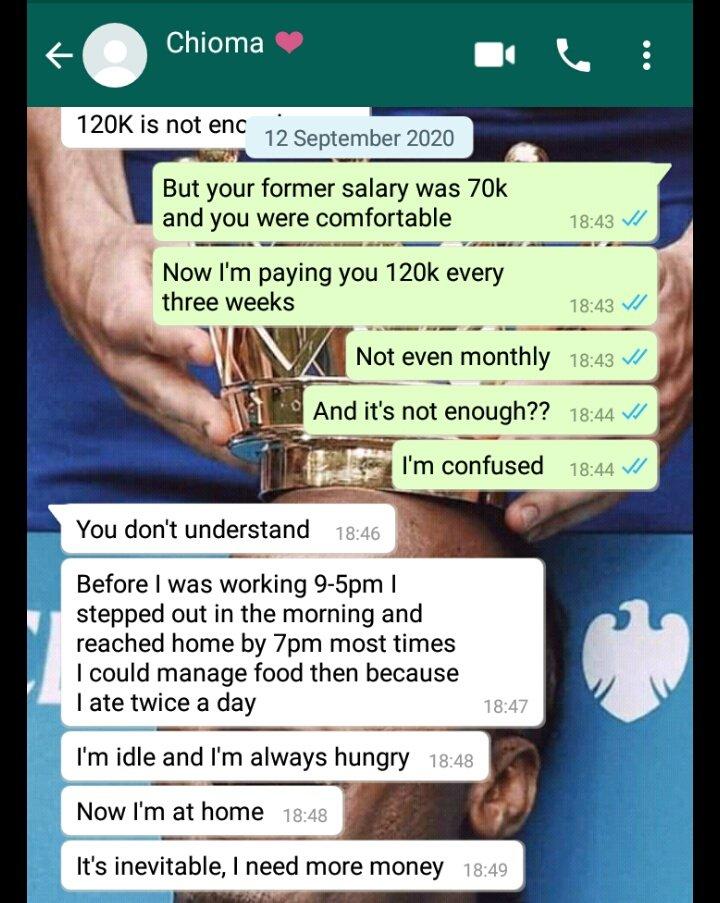 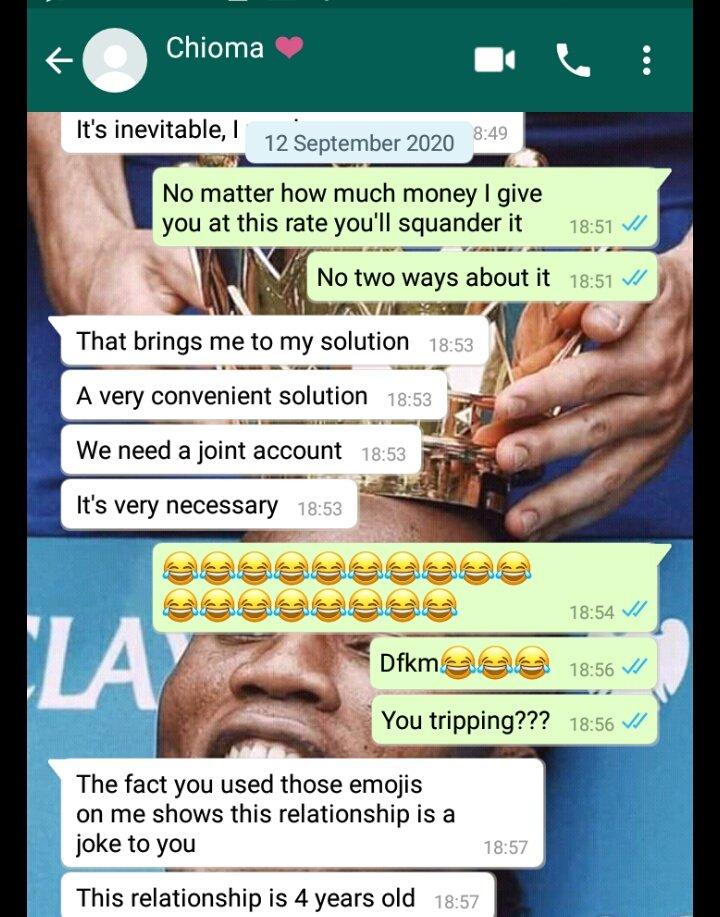 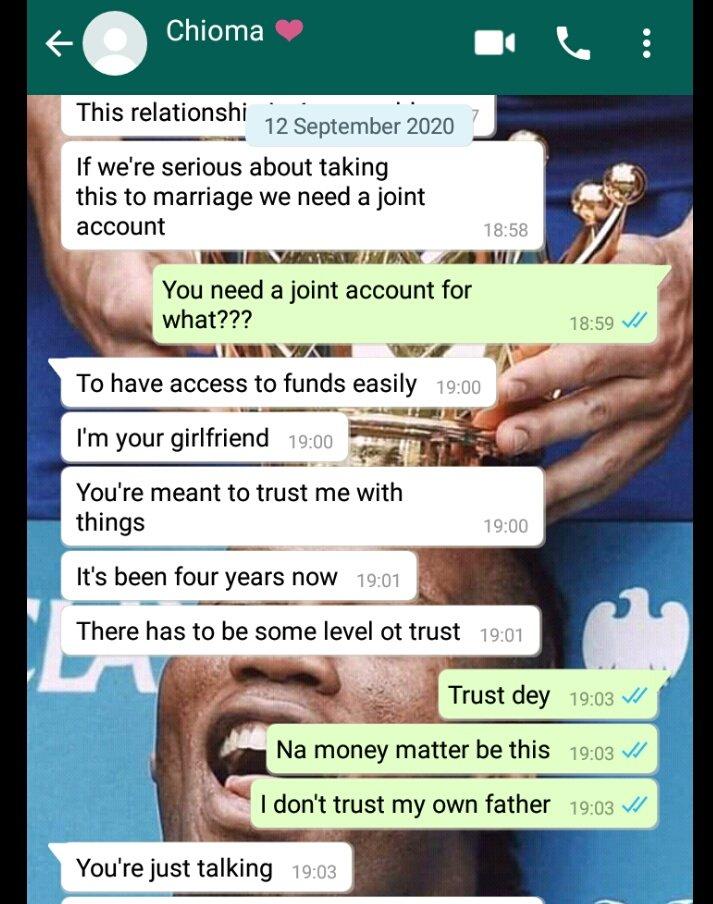 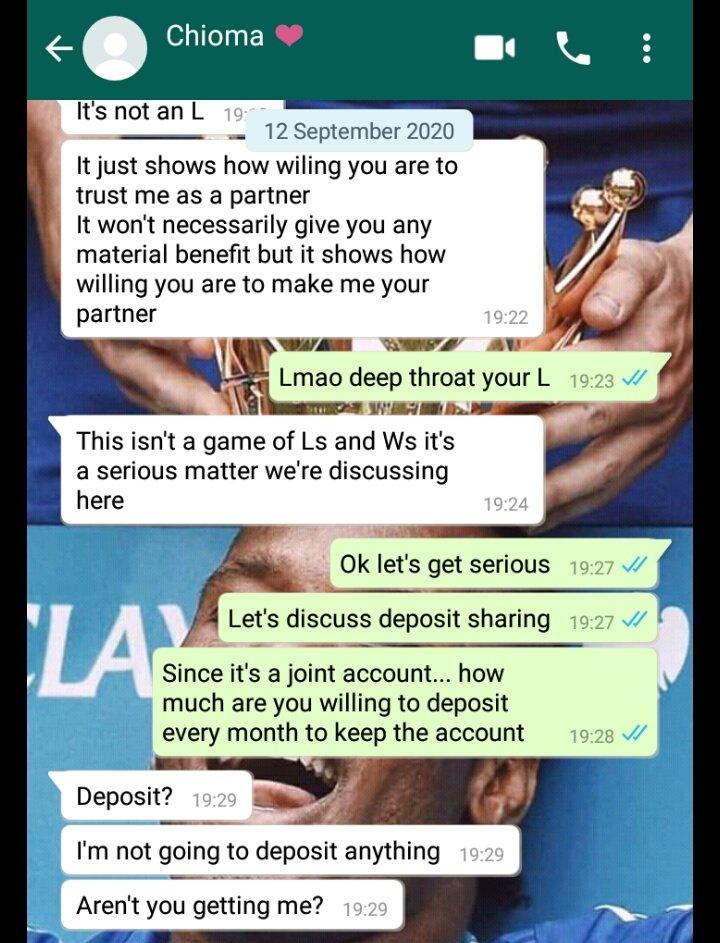 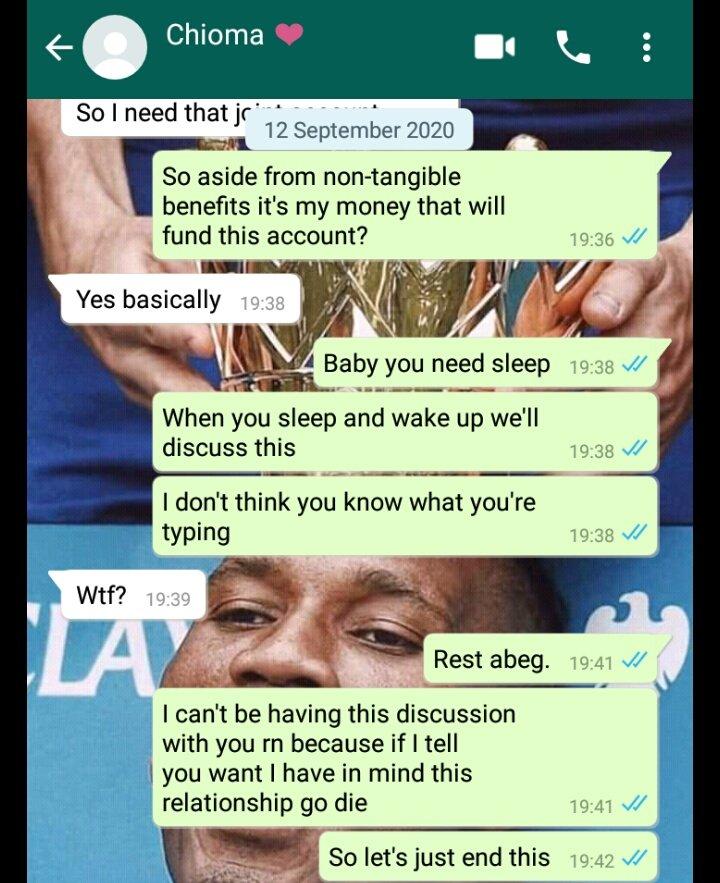 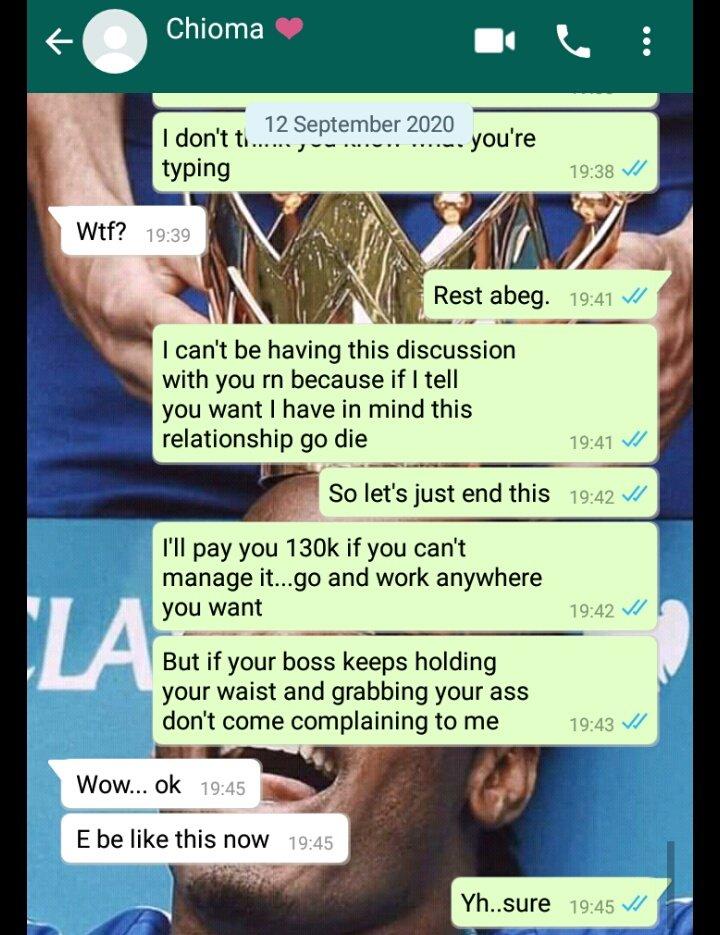 5 Questions to Ask Before Going Into a Serious Relationship

Man Shares How He Got Trapped in a Loveless Marriage

5 Questions to Ask Before Going Into a Serious Relationship

Man Shares How He Got Trapped in a Loveless Marriage

News Now Now is an online news medium that is committed to excellence in journalism and news delivery.

6 Female Celebrities on Low Cut Hairstyles That Will Inspire You

5 Simple Ways To Be a Perfect Girlfriend

See 7 Practical Steps to Get Over an Ex-Lover

This site uses Akismet to reduce spam. Learn how your comment data is processed.

With Product You Purchase